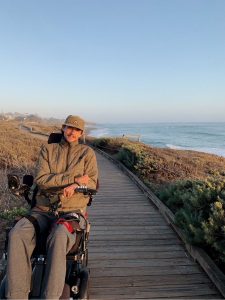 Meet Anthony. He is 30, loves everything outdoors – surfing, mountain biking, snowboarding, camping and has a degree in Controlled Environment Agriculture. Two years ago, he was in a motorcycle accident on July 29, in Bali while exploring surf and work opportunities in South East Asia.  Due to Covid shutting down boarders and flights throughout the world he was stuck there for 50 days following his emergency surgery without proper rehabilitation and facing critical health challenges. Mid-September 2020 with the help of repatriation doctors from the Netherlands, he made it back to San Diego and to USCD. After three weeks of evaluations, scans, light in bed PT and getting his overall health to a normal level he was transferred to Loma Linda for inpatient rehab because there were no doctors or facilities accepting new patients with Medical in San Diego. This facility unfortunately struggled to provide Anthony with the care and therapy he needed due to their staffing levels and he was discharged with little hope and added PTSD after only 28 days. His family and friends have rallied around him and raised money to get him as much Physical Therapy as possible since, but he was in need of more intensive hands-on therapies and help getting answers as to what’s was happening with his body – overcome low blood pressure, mystery spasms and massive muscle atrophy. Anthony’s mom found NeuroWorx in Sandy, Utah which specializes in those areas for those with paralyzing spinal cord injuries, and this summer she reached out to Rise Again to see about a grant that could help to make a five-week intensive program possible. He was awarded a grant to help him make the trip and treatments possible! We will share more about his progress as it comes. 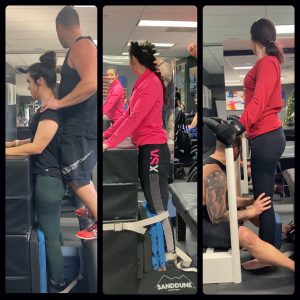 I would like to thank you for allowing me to go to Bachik Methods. It really was a life-changing experience. In just five days I was able to stand, move my hips, gain confidence within myself, and for the first time feel hopeful in my recovery. Without Rise AGAIN’s generosity I would have never been able to reach these huge milestones in my recovery. Thank you so much! 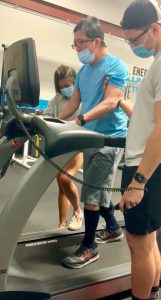 I would like to express my gratitude to your foundation for helping with my ongoing rehabilitation at NeuAbility. My dedication and commitment to getting better everyday continues to be a guiding light towards a quality present and future. 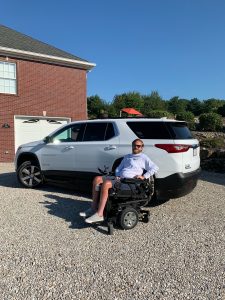 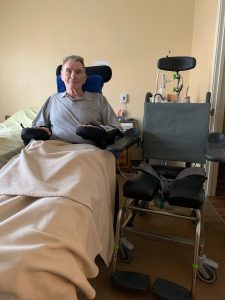 A big thank you to everyone at Rise Again for the generous grant! My Dad’s tilt-in-space shower chair was delivered last week. He is comfortable and secure in his new chair making his showers a delightful activity that he looks forward to. Here’s Gene pictured next to his new shower chair. 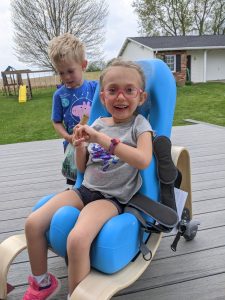 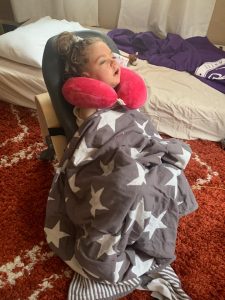 Thank you again so much for the opportunity to serve precious families like these! 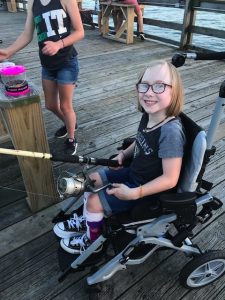 Lindsay is a 7 year old who has spina bifida  She was needing an adaptive stroller to allow her to experience more outdoors with her family and friends. Here she is enjoying fishing off the pier at Ocean Isle.

Raphael is 2 years old and has spina bifida.  His family asked for a ramp to give him independence and not have to be carried in and out of their house.  Raphael has taken it to a new level with driving his Go Baby Go hand controlled jeep up the ramp himself. 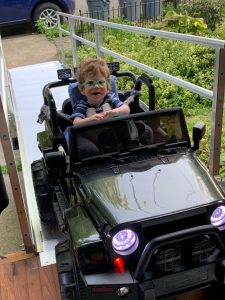 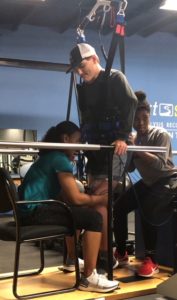 Kody was in a vehicle accident in 2017 that resulted in a spinal cord injury. He is focused on recovery with activity based training. Devin is making great progress at Next Step Atlanta Paralysis Recovery Center  Rise Again was able to help support him attending additional sessions. 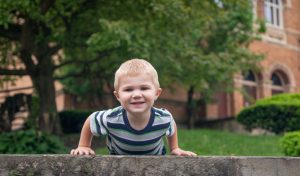 Sam (Pittsburgh, PA) has Acute flaccid myelitis (AFM) diagnosed fall 2018.  Rise Again was able to help Sam with a grant to pay for transportation to an intensive therapy program at Kennedy Krieger Institute in Baltimore, MD.  Sam made significant progress in a short period of time.  He will continue to travel periodically for therapy away from home to support his recovery. 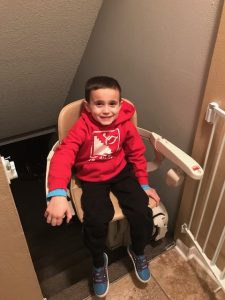 Zander (Des Moines, Iowa) is enjoying more independence in his home thanks to a lift provided by a Rise Again grant.  Zander is a very active 6 year old with a spinal cord injury from a car accident.  He continues to work really hard at therapy gaining even more recovery. 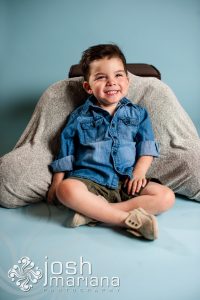 Nolan (Pittsburgh, PA) with the help from Rise Again to get started in his first 6 months of therapy Louisville, KY as part of the University of Louisville Kosair Charities Center for Pediatric NeuroRecovery.  Nolan is making great progress recovering from Transverse Myelitis  much so that they are extending their stay in KY even longer than originally planned.  He is part of a group of kids using NMES technology.   Nolan’s extra effort in physical and occupational therapy is paying off as he has increased voluntary movement which is so promising to see.

Sara received a grant from Rise Again to attend a Pediatric Locomotor Training in Louisville, KY.  She is a PT at Children’s Hospital in Pittsburgh.  Rise Again paid for the course as well as mileage.  Sara will bring her updated knowledge back to Pittsburgh! 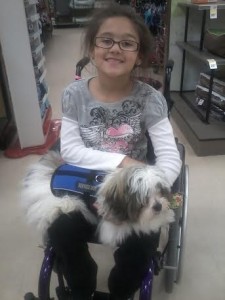 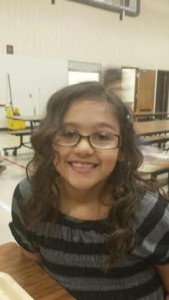 Deja (DuBois, PA) attended 20 sessions of locomotor training at The Children’s Institute of Pittsburgh summer of 2015. She had a blast walking on the treadmill and riding her bike to warm up.  Deja played games while she did the different phases of the walking.  She is so proud to have completed the 7 weeks of walking.  She is  much stronger.  She sits up straighter so her spine isn’t in a ‘S’ curve due to weak muscles.  She has a bit of a pushing motion with her legs and an even stronger pulling motion with her legs.  She stands up straighter because before she couldn’t stand upright (with braces).  Her muscles were too tight on one side and too weak on the opposing side to allow her to straighten out.  Her balance is much better.  Rise Again provided a grant to pay for mileage of driving back and forth from DuBois to Pittsburgh and for staying at the Ronald McDonald House. 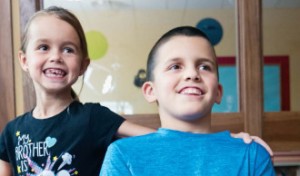 Alex (Cranberry Twp., PA) has attended 60 sessions of physical therapy in Louisville, KY as part of the University of Louisville Kosair Charities Center for Pediatric NeuroRecovery. They are the experts in developing and researching activity based therapy and recovery in spinal cord injuries.  Rise Again allowed Alex and his family to stay at the Ronald McDonald House for 12 weeks and for reimbursement for mileage.

Alex also received a grant to help pay for acupuncture sessions.  The alternative treatment has really helped build Alex’s immune system and kept him healthy.  Acupuncture is not covered by insurance so every session is out of pocket.  The grant helped pay for 20+ sessions. 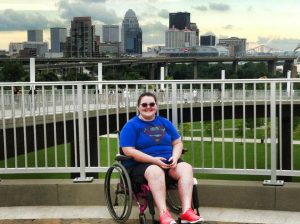 “Thanks for helping our family acquire the equipment for Madison’s continued recovery at home. We are forever grateful for your donation. We were blessed to spend the summer with Alex and his family in Louisville.” 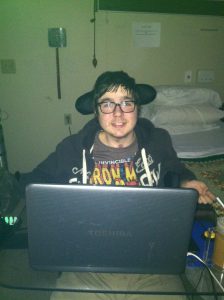 Andrew’s grant is helping him earn his GED 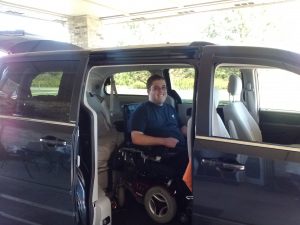 “Thank you SO much for the generous donation. If it were not for you Richard would not have the independence that he has today. We are forever grateful.” 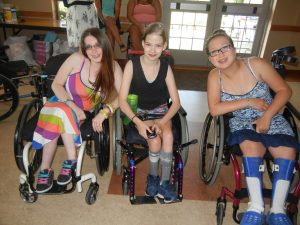 Campers at the Spina Bifida Association of Western Pennsylvania

“Thanks so much for all your support – it is greatly appreciated!”